Back in April, my sister-in-law approached me with an offer - would I like to be the Race Director for the KMCR?  Well, as a runner for over two decades, and the aunt to this young boy after whom the race is named, the answer certainly was an easy one.
K was my husband's nephew (and then mine, when we married) who was killed at the age of 7, in 2010, after being hit by a car.  The race was created by a close family friend who had headed it up for the last years, but needed to step down due to other obligations.
Since we moved her only one year ago, I wasn't able to participate in the planning before.  The first year, I ran it 7 months pregnant.  Last year, I ran and got second in my age group.  So this year - going from never being on the committee to race director was quite a jump.
The planning had taken about 7-8 months, and the race kicked off this past Saturday.
﻿ 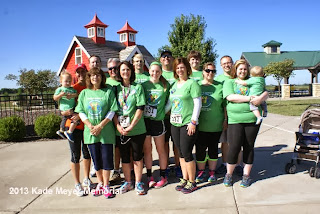 My in-laws (me and Matthew are on the end) 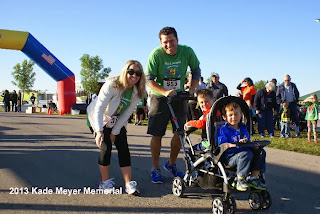 My sister-in-law Jenny, brother-in-law Nat, and nephews Brody and Aiden 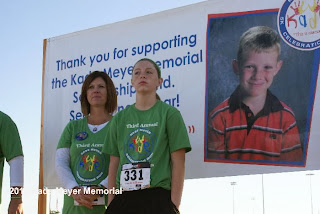 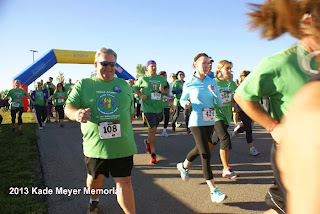 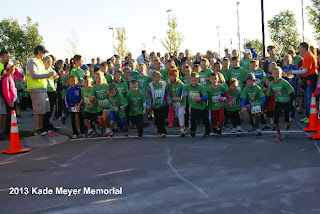 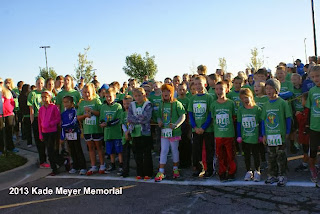 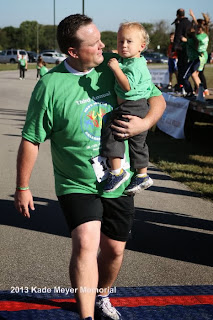 My men crossing the finish line 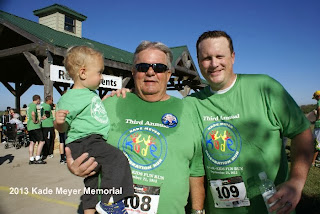 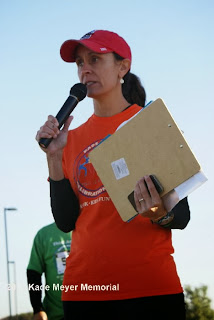 Me, giving the welcome and choking up.  Such a sap, I am.

My sister and nephew, hands on heart, respecting the National Anthem.  All the way from Chicago! 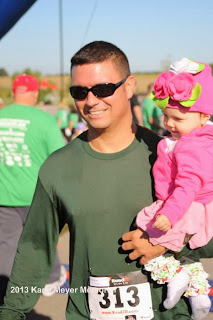 My brother and niece, all the way from Tennessee!! 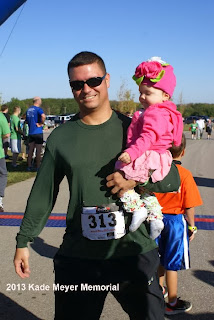 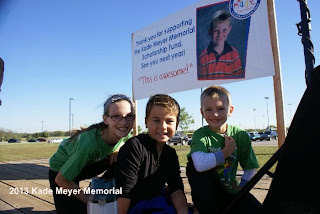 ﻿
My nephew hanging out on the stage. 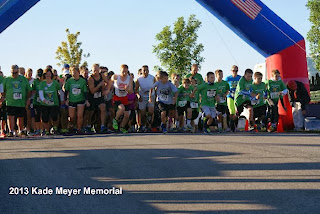 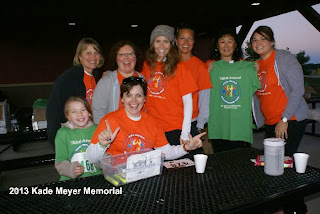 That's just a few of the tons of pictures from the weekend.  My sister and her family, as well as my mother, came in from Chicago.  My brother and his family came in from Tennessee.  A house full a laughter, kids running around squealing, my son taking 3-hour naps because he is so worn out from the fun, and just being surrounded by so much love and support - it was an amazing weekend!

As for the actual race directing: right now, it's hard to put into words.  It was one of the most emotional processes I have endured, yet one of the most rewarding.  There were definitely some ups and downs, but overall it was a truly incredible experience.  My mind is already looking towards next year, and how to keep up the momentum of the event!
Posted by M at 8:48 PM

You're awesome. Your whole family is awesome. *high fives*

This Blog is Dedicated to All Those Triathletes Who:

Have blown a morning swim to sleep in, used their trainer to avoid cold weather (and watch Tivo'd shows), did speed interval training to make treadmill runs end sooner, or took a "sick" day from work to get in "lost" workouts. It doesn't mean you lack passion - it means that you sometimes get a touch of the lazy.

M
I'm a 34-year-old psychologist, Ironman, almost-reformed candy junkie, who sometimes has a slight problem with motivation and keeping my sarcasm to myself. And yes, I will judge you based on the items in your grocery cart.